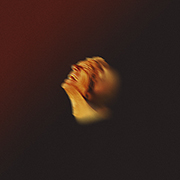 The songwriter and producer Gerry Hemingway has a long back story as a drummer, band leader and composer of instrumental music since the 1970s (all well documented on this site). His singular approach as a writer and player is heard on well over 250 recordings. I admit that I have begun to lose track of how many there are but its around that amount And if you dig deep enough into his discography you will find he also previously created and produced a recording of Songs in 2002 (see below). I wasnt ready to sing myself yet, so I asked Lisa Sokolov to sing. I taught her the songs by singing them to her and she took the ball and ran with it.

Afterlife, as its title might suggest, is a rather dramatic departure from the respected trajectory of his career. I also have a history of choosing roads Ive never been on, seeking uncomfortability, always curious where it leads. Songwriting was always somewhere in me, close to the roots of why I became a musician. It seems the desire to move from instrumentalism into singing songs has been slowly gestating. I took a number of years to sing covers of songs I admired, songs by Dylan, Geeshie Wiley, Lou Reed, the Monroe Brothers for example. I did this to understand the expressive range and character of my voice, as well as to go deeper into producing (which for these covers was often about re-contextualizing the original song). After a while my own songs started to arrive, sometimes inspired by my primitive guitar playing. For those familiar with Hemingways gifts as a drummer you will find another side to his unique playing and outstanding sense of orchestration.

some thoughts about this production of "Afterlife"...

"some things (in life) require a life to be lived before they can happen."

"Its time to a sound a voice to humbly reflect the remarkable beauty of the world, and not hide but rather confront the cruelty of our actions upon it. We can take the experience of love to guide us towards lifes future. To remember its rhythm is something we all share."

There will be much more about this release in the weeks to come. And there will also be a separate web page focused on this project. 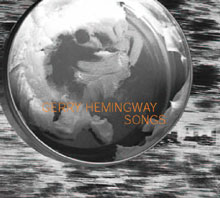 "A rich, atmospheric disc, with an intelligent approach to the shape, exuberant in the interplay and splendidly played.

Paolo Curtabbi (All About Jazz- Italy)

"I won't give up so easy, the search for answers that might lead to a cure
A way to heal the wounds, and get back to what's natural and pure
A need to raise up, not freeze up, just ease up, the reason for consequence
Without wizards or witches or hucksters polluting our own common sense"

from "Out of the Trees" 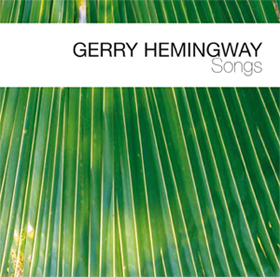 What compelled you to write songs after thirty years of composing and performing instrumental music?

"In part I wanted to create something specifically for my wife and simultaneously challege myself to create a recording that would rival the popularity of what gets listened to the most in our household."

In search of the simple and strongly communicative answers to the complex questions of life 'Songs' offers the fruit of an enriched introspection that engages us with the sonorous and semantic value of the words. The ska sounding "Time to Go" that closes the disc is an augury for a potential new and stimulating musical."

Paolo Curtabbi (All About Jazz- Italy)

Those of you familiar with my work will understand that this release is a significant departure from everything else I've done as a composer. Yet there is a continuum marked by the presence of a number of musicians (Wolter Wierbos, Ellery Eskelin, Herb Robertson, James Emery in particular) with whom I have had ongoing associations for many years. Laurence Svirchev posed some questions recently (which I've paraphrased here) that will give you some more background on this project. View the article in Coda as pdf.

What led you to undertake the "Songs" project?

Many threads came together. One of those threads took root in acknowledging my origins as a musician. The rock/folk and blues milieu that I grew up experiencing has always been a piece of who I am as a composer and drummer. Over time, as I matured as a listener and composer, my appreciation for singers developed with a particular penchant for all forms of "rural" American music and popular African music. Songs of every conceavable variety have remained an inspiration to my efforts as a composer. The offer from Between the Lines to do a cd that was not locked into a categorical straightjacket arrived at a time and place in life where writing some songs seemed like the next logical step to take. I felt ready to cross a boundary of solely composing and performing instrumental music.
This coincided with a need to express ideas and feelings in a more direct medium than instrumental music. I wanted to make a recording that was especially for my wife for very personal reasons. I also wanted to create a cd that would rival the popularity of the recordings that get listened to the most in our household. We share the enjoyment of an eclectic mix of gospel, pop, country, afro-pop, blues, jazz, lieder, afro-cuban, folk and bluegrass singers and songwriters and I was curious to see how I'd fare in such fast company.

When it came to creating lyric, what choices did you make regarding content?

Some of the lyric is personal, some are more universal, some such as "Emperor" and "Anton" are set in historical frames. There is a diversity of lyrical content on this recording and some of it is coming directly out of my life experience. When I started writing these songs I had a hit a bottom where I really had no choice but to confront some of the core issues of my life, a painful but worthwhile lifelong process and I know there are many who can relate to this journey. I also began to delve more deeply into what life was offering as lessons and writing these songs was a way to reflect on and process some of these experiences.
The recording is dedicated to my wife Nancy, and indeed some of the lyric grew directly out of our ongoing dialogue and relationship. Her multi layered way of viewing things help stimulate my writing process. Sometimes a phrase, or a succinct metaphor would become the kernal for me to expand into a full song. Take for instance the piece "Time to Go". In general it's about being able to distinguish between being adored for what you do; the image of who you are as a performer and being your true self in an intimate relationship.There can be a tendancy to favor work and fantasy over true intimacy.
Other pieces emerged in a sometimes strange unconcious way often while travelling. In writing "Rain" forinstance, I was on tour in one of those states you experience after 8-9 hours of continuous train travel, and a collection of feelings and images emerged that vividly captured the turmoil I was experiencing inside myself. The sonic and visual imagery that surrounded me as I wrote the song melded into the lyric, lending a sense of place which I think gives this song (and some of the other ones too) another layer in which the listener can find relation.

How did you come to choose the musicians for this project?

I consider myself very fortunate to have come in contact with the many remarkable musicians who have contributed such wonderful performances to this recording. Lisa Sokolov, whom I began working with a few years ago, in the context of her trio and quartet, seemed to understand without any hesitation, the process I was using for shaping these songs. I mostly sung the song for her and did my best to convey, within the limits of my vocal ability, the melodic shape, phrasing, dynamic flow and emotional intent. She took the ball and ran with it, bringing the songs to life. I feel this project brought out a side of her vocal abilities that is different in emphasis from her own work.
Herb & Ellery are ongoing members of my working quartet and their presence offers both continuity with my previous work and brings foward their remarkable talents in a new context. One need only give "Out of the Trees" a good listen to experience one of Ellery's remarkable linear solos developing a highly interactive relationship to the lyric and vocal. Similarly, Wolter Wierbos, who has performed in my quintet for over thirteen years turned in some incredible work, his solo and obligato work on "Time to Go" is masterful by any standard.
John Butcher, with whom I have been touring in duo in the US finds himself in a setting for which some might assume he has little relation. But there is no more perfect a musician for the pieces he is featured on. This is in paticular evidence in his obligado and harmonic navigation of the thorny, "Anton" whose harmonic rhythmic content is sampled from Webern's "Five Pieces for Orchestra" (the piece has as its setting the tragic death of Webern by a frightened US soilder after WW2 had officially ended).

What did you do differently in the process of recording and producing this project?

Because of the limited budget I could not record the project in a manner in which I have done all my other work, which is normally with all the musicians rehearsing and recording the material together. Working individually made increasing sense to me as I developed the material, and recording one musician at a time is often the method used for pop productions, whose standards of production I was striving to achieve. This also allowed me to incorporate more musicians than I might have otherwise by recording material when and wherever I met up with Wolter Wierbos, Thomas Lehn, and John Butcher. The rest of the material was recorded round the corner from where I live directly into my computer in a very small studio. I enjoyed this method of working very much. As I worked with each musician we had the opportunity to delve more deeply than usual into the material we were working on in a relaxed and unpressured way, which is not the case when the meter is ticking at a full fledged state of the art studio. This was particularly the case with James Emery and Kermit Driscoll whose parts had the opportunity to evolve additional layers as we listened back and reviewed the material.
As a composer I loved the opportunity to manipulate and sculpt every detail of the audio through the time intensive post production process of editing and mixing. I have never spent more time on any single project, in this case the better part of two years.